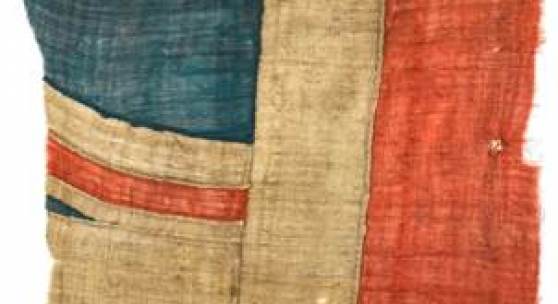 Love Letters of Britain’s Hero to his famous Mistress, Lady Hamilton Shedding light on the liaison that scandalised 18th-century England OF ROYAL AND NOBLE DESCENT Sale at Sotheby’s London on 17 January 2017 Press Call on 11 January at 10am Following the great success of the last four “Of Royal and Noble Descent” sales, Sotheby’s London will present a further selection of 256 fascinating royal and aristocratic heirlooms on 17 January 2018. The sale is spearheaded by an outstanding group of 79 objects celebrating Britain's national hero and legend, Lord Horatio Nelson, including a large fragment of the Union Jack believed to have flown from his ship, HMS Victory at the battle of Trafalgar (est. £80,000-100,000 / €90,000-113,000), his grog chest, with its carefully cased set of fine decanters, that he kept in his cabin at sea (est. £35,000-45,000 / €39,300-50,500) and captivating love letters Nelson sent to his famous mistress Lady Hamilton, shedding light on a liaison that scandalised 18th-century England.

Physically conspicuous, having lost both an eye and his right arm in battle, and brave to the point of recklessness, he was beloved by his men, idolised by a nation and feared by his enemies. Famous for his inspirational leadership, superb grasp of strategy and unconventional tactics, Nelson conducted the most decisive victory in naval history in the battle of Trafalgar. This victory spectacularly confirmed Britain’s global naval supremacy for the next hundred years. Nelson’s legend is only increased by his tragic death at the very moment of his greatest triumph – shot down in the heat of battle, in the midst of his men, leading from the front.

Covering centuries of history, the sale is further distinguished by furniture, paintings, decorative arts and precious objects having belonged to important European dynasties and historical figures, including the Duchesse du Berry, the House of Bourbon and a number of German princely families.

Discussing the forthcoming sale, João Magalhães, Sotheby’s Senior Specialist in Continental Furniture, said: “Four years in the making, our “Of Royal and Noble sale” sales have become an unmissable event for art lovers looking equally for fantastic property with great provenance and whimsical objects with a great story to tell. This year, we are delighted to have been entrusted with a collection celebrating Britain’s hero, Nelson, which not only contains fragments of history, such as the Victory Jack, but also treasured items, from paintings and sculpture to porcelain and silver tracked down for their links to Britain’s rich nautical past. Highlights in the sale also include table services which belonged to prominent families, important furniture and a replica set of the British Crown jewels.”


PROPERTY FROM A PRINCELY COLLECTION Battle of Trafalgar--HMS Victory, 'The Victory Jack' AN EXCEPTIONALLY LARGE FRAGMENT OF THE UNION FLAG, BELIEVED TO HAVE FLOWN FROM HMS VICTORY AT THE BATTLE OF TRAFALGAR Estimate 80,000 — 100,000
Sotheby’s Auktionshaus