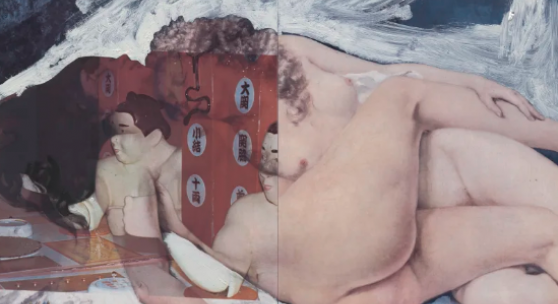 Key works from Robert Rauschenberg’s series of Japanese Clayworks (1982/1985) and Japanese Recreational Clayworks (1982–83/1985) are on view for the first time in decades.

Enter the online exhibition to watch a video in which Julia Blaut and David White of the Robert Rauschenberg Foundation introduce the works.

This comprehensive exhibition brings together rarely seen works from two of Robert Rauschenberg’s most innovative series. For a period of 15 years, Rauschenberg made several trips to Japan where he created ceramic artworks using a newly developed technique that combined ancient Japanese pottery traditions with modern innovations.

The Japanese Clayworks (1982/1985) feature sculptural elements, photographic imagery of ancient and modern Japan as well as distinctive brushstrokes. His Japanese Recreational Clayworks (1982–83/1985) comprise prefabricated reproductions of historical Western artworks on ceramic panels, to which Rauschenberg added his own imagery of contemporary Japan from photographs he took across the country, along with gestural brushwork.