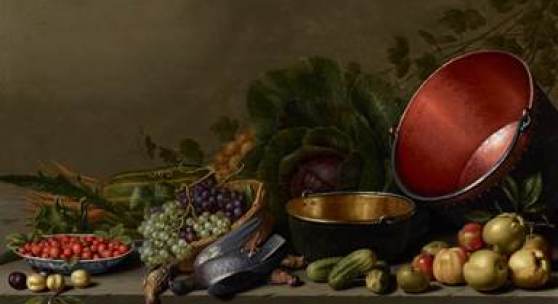 This Winter's London Art Week celebrates 40 exciting in-gallery and auction house exhibitions featuring works of art from ancient to modern with spectacular highlight works, and is accompanied by an enlightening programme of live and online talks, tours, and the third LAW Symposium. LAW Digital exhibits up to 10 works online from every participant, plus editorials and videos. Past talks can be viewed here too.

EXHIBITIONS:
This Winter, exhibitions span the typically broad variety on offer at London Art Week galleries. They include depictions of ancient warriors and warfare at Kallos Gallery and classical highlights at Galerie Chenel, while Sam Fogg focuses on Medieval saints and Georg Laue, Kunstkammer Ltd on princely objects. Stephen Ongpin Fine Art will launch its new gallery in a townhouse in Mayfair with the exhibition From Giorgione to Picasso: Masterworks of Six Centuries; Colnaghi explores the significance of Naples as an art city; and Regency Silver is the theme at Koopman Rare Art. Elliott Fine Art celebrates the Belle Époque; a career- encompassing show of Walter Sickert is at Piano Nobile; 20th century drawings and watercolours depicting the human figure can be viewed at Patrick Bourne & Co; a critically acclaimed collection of 70 works by one of the most eccentric illustrators, Alberto Martini, is shown at Laocoon Gallery; and Scottish art is showcased at The Fine Art Society.

Naples - at Colnaghi
An exhibition exploring the city’s enduring influence and greatest Old Masters, of which the centrepiece is a magnificent 18th century Neapolitan crèche, or presepe. With its large-scale carved and painted figures, animals and still-life elements, this remarkable work will be shown in its own room. First recorded in Lazio in the 13th century and connected with the Franciscan movement, by the 18th century presepi were a Neapolitan speciality. Essentially folk art, these wonderfully lifelike artistic productions, combining sculpture and painting, drew inspiration from the works of great 17th century Neapolitan painters - the religious paintings of Luca Giordano, the still lifes of Recco and Ruoppolo, as well as Caravaggio.

Caravaggio’s brief time in Naples (1606-7 and 1609-10) as a fugitive from justice after the famous tennis- court murder, had a seminal influence on artists such as Ribera, Cavallino, Carracciolo and Mattia Preti, all of whom will have works in the present exhibition. Also included will be a group of landscapes of Naples, mainly by Northern artists during the heyday of the Grand Tour, when the legendary beauty of the city, described by John Evelyn as “the most magnificent of any in Europe”, inspired the famous saying “see Naples and die”. Naples, which runs from 1 December 2021 to 25 February 2022, is one of the first exhibitions in London in the past 40 years to be devoted to the Italian city and its art.

Sickert: The Theatre of Life - at Piano Nobile
In 1934, Virginia Woolf described Walter Sickert as “probably the best painter now living in England”. Among the sources of inspiration which sustained him over a long career, none won him so much acclaim and infamy as the human face and body. Eight decades after his death this exhibition brings together over 40 of his figure paintings, including some of the most original works executed by a British artist in the 19th and 20th centuries. Many of these works have not been exhibited since the artist’s lifetime. The exhibition spans the full length of Sickert’s career, with paintings loaned from museums and private collections. Early works include his music-hall scenes and visionary paintings from the 1920s and 1930s, including The Plaza Tiller Girls – a group of works depicting Jazz Age dancers brought together by Piano Nobile for the first time. Also on view is Sickert’s First World War masterpiece, The Integrity of Belgium (Government Art Collection). The exhibition has been curated with Richard Shone and an accompanying publication features essays by him and Wendy Baron with first-hand accounts of Sickert by Basil Jonzen and Duncan Grant.