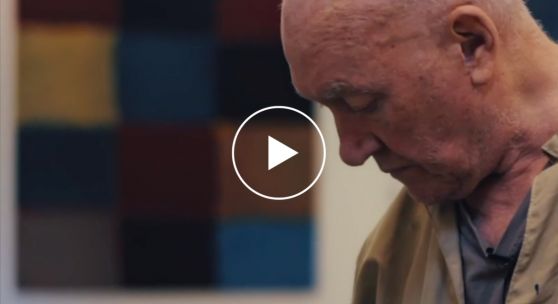 Galerie Thaddaeus Ropac is delighted to announce that Sean Scully is joining the gallery, with the first exhibition of his new work to take place in the Paris Marais gallery in the spring of 2021. The gallery will represent the artist in Europe, alongside Kerlin Gallery, Dublin and Kewenig Galerie, Berlin.

The gallery is generally predicated on the art of people who make things, as opposed to artists who appropriate. This includes Georg Baselitz and Anselm Kiefer, both great painters. So, naturally, this is where I belong. — Sean Scully

Sean Scully has made an outstanding contribution to painting and sculpture. He bridges Minimalism and Abstract Expressionism through his renewal of painting as a poetic and metaphorical expression of nature. His physical architectural structures are filled with a profound emotional spirit and vital energy, reflecting his trust in the intrinsic power of material. — Thaddaeus Ropac

Born in Dublin in 1945, Sean Scully is widely admired as one of the most significant painters working today, whose works have been exhibited and housed in the most prestigious institutions worldwide. Over the course of his 50-year career he has created an influential body of work that has marked the development of contemporary abstraction. Fusing the traditions of European painting with the distinct character of American Abstraction, his work combines painterly drama with great visual delicacy.

While giving primary importance to the physicality of the materials he employs, Sean Scully's art is commanded by the idea of humanity’s betterment, and at the heart of each rigorously composed work lies a near-infinite number of expressive, emotional fluctuations. People tend to think of abstraction as abstract. But nothing is abstract: it’s still a self-portrait. A portrait of one’s condition.

With work in the Metropolitan Museum of Art, the Museum of Modern Art, and London’s Tate, Mr. Scully is most famous for paintings of deceptively simple geometries, especially broad stripes... But wavering brushwork and unexpected colors infuse those stripes with more passion than you’d think they could bear. — Will Heinrich, The New York Times

Sean Scully's works are often structured around stripes or layered blocks of colour arranged on horizontal and vertical axes. The layers of his paintings attain a fine balance between calm reflection and an intrinsic vitality. A forceful, physical artist, he creates intentionally compelling spaces, and his art is defined by acute concentration and care, involving constant negotiation between the monumental and the intimate.'Scully is in every sense a highly humanistic artist, who sees in abstraction as he practices it a form of religious metaphysics,' as Arthur C. Danto writes.

In recent years Sean Scully has also increasingly turned to sculpture, creating monumental structures that engage with the unique energy and history of their locations. As in his paintings, Sean Scully’s sculptures feature individual rectangular sections that slot together, maintaining his ongoing interest in interlocking brick forms.

Sean Scully — Insideoutside, an exhibition of the artist’s sculpture is currently on view at Skulpturenpark Waldfrieden, Wuppertal, Germany, until 3 January 2021. The Museum of Fine Arts – Hungarian National Gallery, Budapest, will open the retrospective Sean Scully: Passenger in October 2020.

Born in Dublin in 1945, Sean Scully emigrated to London with his parents in 1949. He studied at Croydon School of Art and Newcastle University in the UK, where he started experimenting with abstraction. During a trip to Morocco in 1969, Scully was strongly influenced by the rich colours of the region, which he translated into the broad horizontal stripes and deep earth tones that characterise his mature style. Following fellowships in 1972 and 1975 at Harvard University, Scully permanently relocated to New York.

In the early 1980s, he made the first of several influential trips to Mexico, where he used watercolour for the first time to paint works inspired by the patterns of light and shadows he saw on the stacked stones of ancient walls. The experience had a decisive effect on him and prompted his decision to move from Minimalism to a more emotional and humanistic form of abstraction. In 1998, following additional trips to Mexico, Scully began to create his landmark Wall of Light series.

In 2005—07, the exhibition Sean Scully: Wall of Light, was shown in The Phillips Collection, Washington D.C.; The Modern Art Museum of Fort Worth, Fort Worth; Cincinnati Art Museum, Cincinnati and The Metropolitan Museum of Art, New York. In 2015 he was the first Western artist to receive a major retrospective at the Shanghai Himalayas Art Museum and at the Central Academy of Fine Arts (CAFA), Beijing, China.