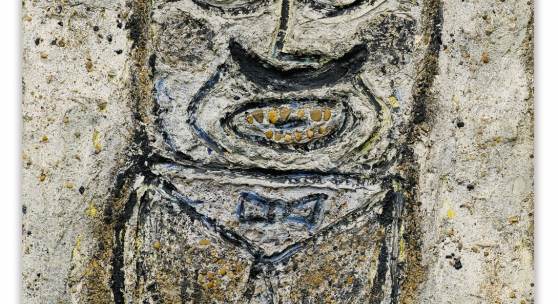 SOTHEBY’S TO SELL UNSEEN WORKS BY ZAO WOU-KI, NICOLAS DE STAËL, JEAN DUBUFFET AND KAZUO SHIRAGA **Purchased at their creation, they have remained in the same private collections ever since and will be offered for the first time at auction** HANS HARTUNG, T1956-8 **After the world auction record for the artist at Sotheby’s Paris in 2017, Sotheby’s offers a new major work estimated at €900,000-1,200,000** MONUMENTAL WORK BY KAZUO SHIRAGA **One of his earliest paintings, unprecedented in the market**

Paris, May 2018: After an outstanding season in 2017 setting several world records, the Contemporary Art department opens its 2018 season on 6 and 7 June with a selection that promises a truly landmark event: for this is the most important contemporary art sale ever staged at Sotheby’s in Paris, featuring historic works never seen on the market before by Kazuo Shiraga, Zao Wou-Ki, Simon Hantaï, Joan Mitchell, Nicolas de Staël, Jean Dubuffet and Pierre Soulages. They were all acquired at the time of their creation and have stayed in the same private collections until now. The Evening sale will also feature a group of works by Yayoi Kusama, Rudolf Stingel, Christopher Wool, Gerhard Richter, Keith Haring, Damien Hirst and Georg Baselitz.

Zao Wou-Ki at the Peak of His Art
The spotlight is on two paintings by Zao Wou-Ki of rare quality, dating from the time between his irreversible shift to abstraction and the golden late 1960s period when he reached the prime of his art. Coming on the market for the first time, the 1953 Pluie (estimate: €700,000- 1,000,000) is a key work that illustrates the turning point in the artist’s career. The title itself (“Rain”) still evokes an identifiable scene, but the style has already changed. He covers the canvas with invented ideograms, a kind of mysterious writing inspired by the archaic inscriptions engraved on ritual bronzes.

Simultaneously universal and profoundly Chinese, Zao Wou-ki’s work lies at the crossroads between classical Chinese painting and Western Modernism. His art had reached a point of perfect balance when he painted 21.03.69 (estimate: €2,200,000-3,200,000). From Pluie onwards, the artist learned to conciliate the warring passions within him. By dint of work and exploration, he developed an art owing as much to Song landscapes as paintings by Rembrandt. In this piece, the artist investigates movement with a highly subtle palette. Freed from the constraints of his inspirations, he “conquered the surface of the world”, in his own words.

Jean Dubuffet the Iconoclast
The intensely subversive work of Jean Dubuffet is illustrated here by two pieces characteristic of an output freed from the shackles of “high art”. At the exhibition entitled Mirobolus, Macadam et Cie. Hautes Pâtes at the René Drouin Gallery in March 1946, Portrait d’Homme Façon Carton-Pâte (estimate: €1,250,000-1,800,000) caused a scandal. Here the artist abandoned every traditional technique in favor of poor materials like white lead, putty, asphalt, tar, sand and gravel. Exchanging the paintbrush for scraper, knife, spoon and finger, Dubuffet takes us into the territory of poetry and the mystical with this remarkable high relief. The second work coming up for sale on 6 June dates from some twenty years later, when Dubuffet returned to Paris after spending several years in the south of France. A historical witness to its creator’s artistic development, Paris Plaisir VI (estimate: €800,000-1,200,000) has not been seen in public since 1980. This deconstructed celebration of the big city with its liberated, shimmering palette is a perfect symbiosis between two of Dubuffet's iconic cycles, Paris Circus and L’Hourloupe.

Hans Hartung at the Top
After the world auction record achieved for the artist last year with T1956-13 during the sale of the Alain and Candice Fraiberger collection (€2.7 million), T1956-8, which estimate (€900,000-1,200,000) is the highest ever set for a work by the painter. It was bought the year of its creation and has remained in the same private collection ever since. This painting is characteristic of Hartung’s work in the 1950s, particularly in terms of technique. Developed at the end of the 1930s, it consists of an extremely precise transposition onto linen canvas of studies executed rapidly on paper. Paintings with atmospheric and sometimes monochrome backgrounds like T1956-8 are inhabited by dynamic silhouettes, where the spontaneity of the sketches is perfectly transcribed and even intensified by their journey onto canvas.

An Ardent Nicolas de Staël
Kept in the same private collection since its creation in 1953, Nicolas de Staël’s Pot à Raies (estimate: €700,000-1,000,000) with its dazzling colors, expresses the artist’s unrelenting passion at the beginning of the 1950s. His discovery of Italy and the splendors of Agrigente, Selinunte, Syracuse and Fiesole transformed his painting forever. Beyond its visual beauty, this work also reveals de Staël’s artistic approach. On the borderline between classical still life and abstract composition (with an almost geometric construction), it is emblematic of the unclassifiable work of its creator, who made light of the codes of abstraction and figuration.