All Aboard for the 'Art of Travel' 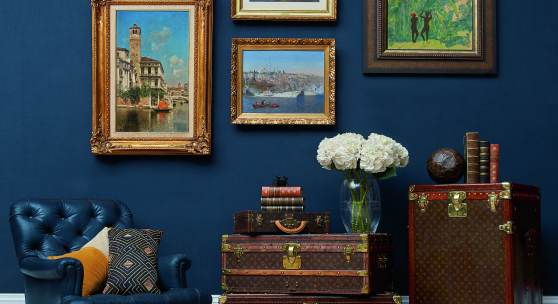 LONDON, 28 November 2019 – This December, Sotheby’s will host Art of Travel, a new themed auction exploring the enduring allure of travel. In the 19th century, art and society were transformed by the possibilities offered by ever more affordable and convenient travel and transport. Views by artist-travellers of inspiring destinations around Europe and further afield, from Marrakech to Venice, and Paris to Istanbul, will lead the sale. For the first time at Sotheby’s these will be presented together with a diverse selection of photographs, maps, and luxury travel collectibles, including Louis Vuitton vintage luggage. This online sale will launch with a selection of highlights on view at Belmond Cadogan Hotel on 2 December, and will remain open for bidding until the 12. Highlights will also be on public view in Sotheby’s New Bond Street galleries from 7 to 11 December.

Richard Lowkes, Sotheby’s 19th Century European Paintings Specialist, in charge of the sale, commented: “Our sale Art of Travel offers an eclectic selection of property from across nine collecting categories, designed to appeal to the 21st century traveller. The sale’s title can be read in several ways – not least, it is the title of Norman Parkinson’s iconic 1951 photograph, which is included in the sale. The early 20th-century Louis Vuitton luggage on offer evokes this same spirit of travel at its most refined and elegant. At the same time, the sale is rich in art inspired by travel – from Jacques Majorelle’s scenes of Marrakech or West Africa to Lucien Levy-Dhurmer’s Symbolist vision of Venice. The maps and atlases, some from the 17th century, bring to life an earlier age of travel and exploration. With estimates ranging from £600 to £60,000, the sale offers opportunities for collectors at every level.”