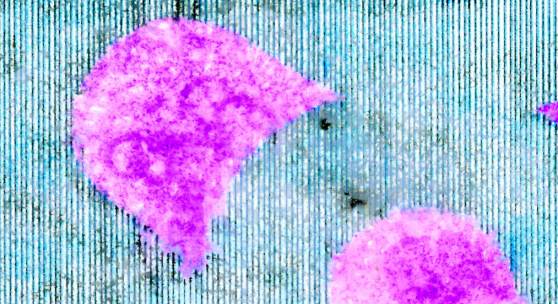 We are very excited about our participation at Kiaf Art Seoul for the firsttime and are looking forward to seeing you at the fair.ARTISTS ON VIEW RICHARD DEACON REBECCA HORN JONATHAN LASKER MICHAEL MÜLLER

RICHARD DEACON Richard Deacon (born 1949 in Bangor, Wales) is one of Britain’s most celebrated sculptors. His structures emerge from a keen interest in the characteristics of the material itself, allowing him to play with the ways in which it can be shaped and how it relates to human association and sensory experience. His works can be found in leading collections including the Tate, Centre George Pompidou, Museo Reina Sofía, Kunstmuseum Basel, Staatsgalerie Stuttgart, Stedelijk Museum, Louisiana Museum of Modern Art, Hiroshima Museum of Art, Kröller-Müller Museum, MCA in Chicago, MoMA, SFMOMA, Walker Art Gallery, and the Hirshhorn Museum and Sculpture Garden. Drawing has a dual function for Deacon: in addition to sketches and studies that serve to prepare sculptural works, from the very beginning, he has also been producing drawings independent of sculptural projects. The formal range of such autonomous drawings is considerable, ranging from early small-format collages to medium and large-format pencil and ink drawings and series of works from recent years.

REBECCA HORN Rebecca Horn (born 1944 in Michelstadt, Germany) is one of a generation of German artists who came to international prominence in the 1980s, practicing body art and working in different media, including performance, installation art, sculpture and film. She is one of very few artists who participated in documenta on four separate occasions and throughout her career has received numerous awards including Kaiserring der Stadt Goslar, Praemium Imperiale Tokyo, Pour le Mérite for Sciences and the Arts and, in 2017, the Wilhelm Lehmbruck Prize. In 2019, both the Museum Tinguely in Basel and the Centre Pompidou-Metz were showing major retrospectives of her work. In autumn 2021, Rebecca Horn’s work was on view in a comprehensive solo exhibition at Kunstforum Vienna. Her work is currently on view at the Venice Biennale.Die Neuerscheinung is a highlight in Rebecca Horn’s Oevre because, for all its reductiveness, it symbolizes existential contradictions with wonderful precision. It is about the beauty and monotony of a recurring movement just as it is about seeing with the simultaneous inability to recognize, for which the cold, ultimately dead eyes of the binoculars stand.

JONATHAN LASKER Jonathan Lasker (born 1948 in Jersey City, NJ) is a painter whose constantly growing oeuvre simultaneously manifests the vitality as well as the validity of contemporary painting and is considered pioneering in this regard by younger generations. In response to the lyrical abstraction, color field painting, and minimalism of the US of the 1970s, Lasker felt that painting was confronted with the challenge of artistic reinvention and set about to develop his self-referential system of sign-like forms and colors, which he still varies and reformulates today. Lasker’s paintings are colorful and precisely executed compositions which bring together unconventional forms and color combinations that question the traditional perception of foreground and background and the relationship between surface and figure.

MICHAEL MÜLLER Michael Müller (born 1970 in Ingelheim am Rhein, Germany) is a conceptual artist whose manifold, proliferating oeuvre resists any straightforward or one-way interpretation. Müller continuously broadens the methods of his artistic expression, combining works on paper with painting, text-based work, sculpture, found objects, music, and performance, and has even developed a cosmetic line and fashion collection.He received great critical and curatorial attention for his Eighteen Exhibitions cycle, which resulted in solo exhibitions at two of Germany’s most progressive art institutions, KW Institute of Contemporary Art, Berlin, and Staatliche Kunsthalle Baden-Baden. Over the summer of 2021, Michael Müller had a very successful show of his abstract paintings at the new private Kunsthalle of collector Heiner Wemhöner in Berlin. For 2022, the artist is preparing two solo shows in Germany, namely for the Staedel Museum in Frankfurt and the Museum im Kulturspeicher in Würzburg (as both an artist and a curator).