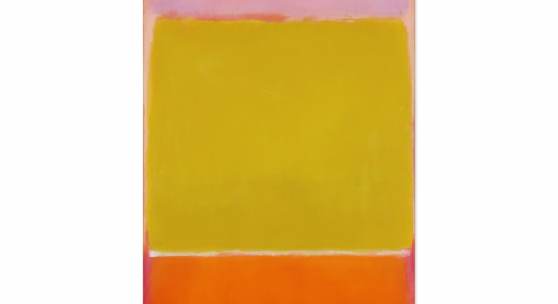 “The Macklowe Collection is a compendium of masterpieces like no other - its visceral and intellectual power proved completely irresistible to collectors the world over.”
Brooke Lampley, Sotheby’s Chairman & Worldwide Head of Sales for Global Fine Art

“There is no question that the market raised its hands tonight, not just for masterworks, but in honor of the art of collecting at its highest level”
Mari-Claudia Jimenez, Sotheby’s Chairman, Managing Director for Global Fine Art
NEW YORK, 15 November 2021: In a dynamic saleroom with more than 300 attendees, this evening’s highly-anticipated sale of 35 works from The Macklowe Collection etched its name into history as the most valuable single owner sale ever staged, and the most valuable sale ever held at Sotheby’s.

Totaling an above-estimate $676.1 million, the sale saw collectors from around the world compete for museum-quality works that together chart the greatest artistic achievements of the last 80 years.

Sale Statistics at a Glance:
Sale total: $676.1 million (est. $439.4-618.9 million)
100% sold
Four works sell for over $50 million (Cy Twombly; Mark Rothko, Jackson Pollock, Alberto Giacometti); 12 works sell for over $20 million, and 20 works sell for over $10 million
Nearly 70% of works sell for prices in excess of high estimate
A record average lot value of $19.3 million Participants from around the world were out in force with registrants from 25 countries Bidding from Asia on many of the top lots, including Willem de Kooning’s Untitled XXXIII; Agnes Martin’s Untitled #44; Mark Rothko’s No. 7; Gerhard Richter’s Sammler Mit Hund, and Alberto Giacometti’s Le Nez, which sold to a collector in Asia
Deep bidding throughout with as many as six bidders on certain works, including the Polke, Guston, Ryman and Irwin Four auction records achieved tonight, for Agnes Martin, Jackson Pollock, Robert Irwin, Michael Heizer 80% of works made their auction debut tonight having remained in The Macklowe Collection for decades 70% of works (23) offered this evening first entered the collection over 30 years ago Pre-sale exhibitions in eight locations around the world attracted more than 27,000 visitors (Hong Kong, Taipei, Shanghai, Tokyo); North America (New York, Los Angeles), and Europe (London, Paris)